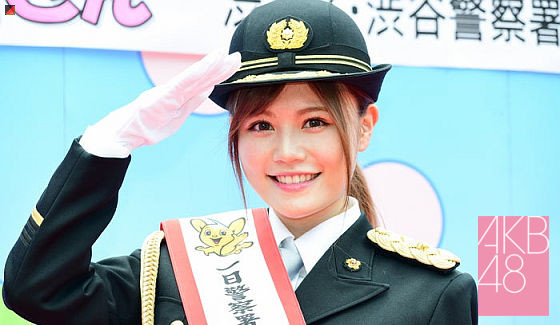 As part of its new road safety campaign, the Shibuya Police Station has appointed AKB48 Team K Captain Komiyama Haruka as “Captain for one Day”. Komiyama: “I am honored and excited about this event. I have been told that this version of the uniform is only worn during weddings and special ceremonies. It weighs heavily and I am nervous.” 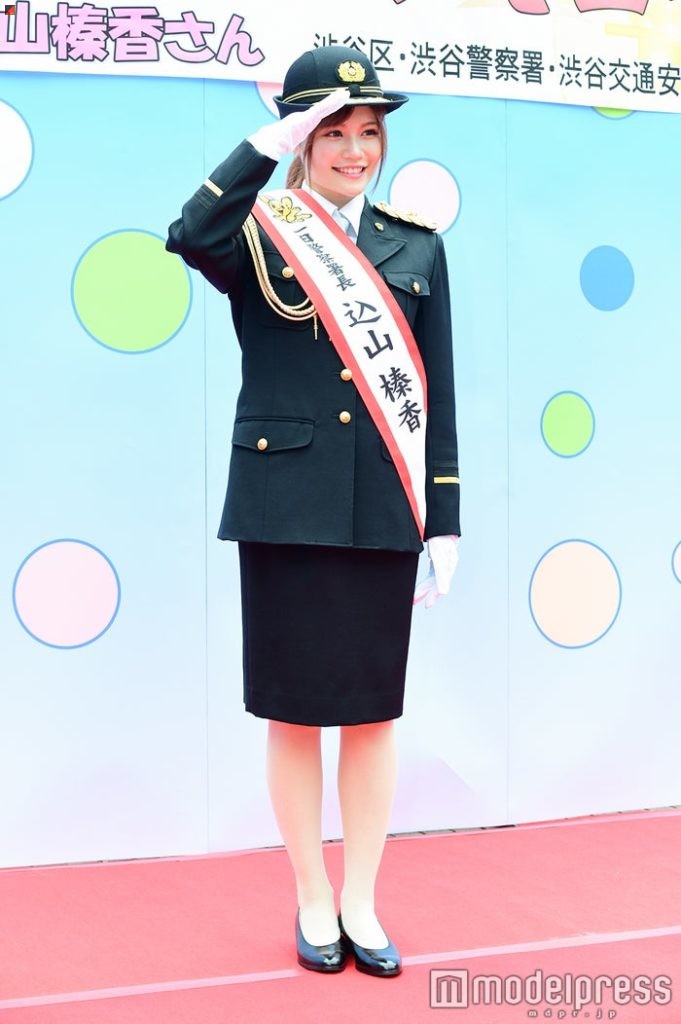 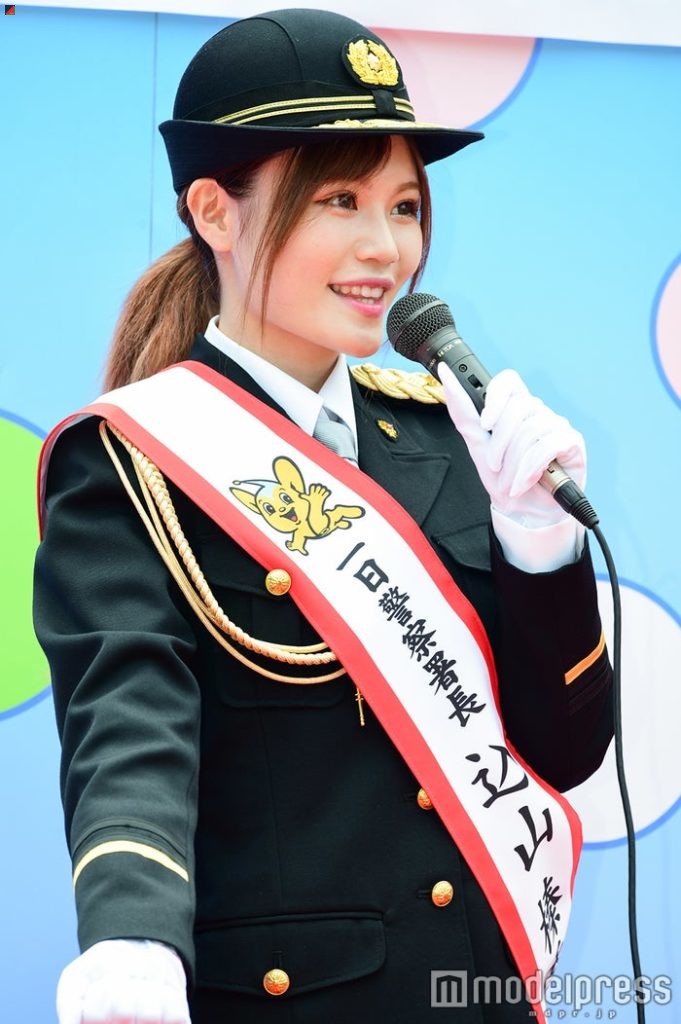