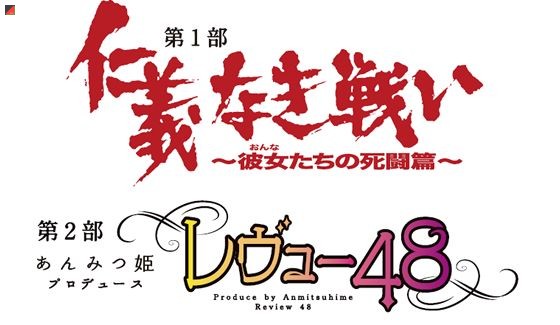 The Japanese Kabuki Theater Hakata-za in Fukuoka celebrates its 20th anniversary in November 2019. For this reason the Japanese idol group AKB48 Group presents a new show, which consists of two parts. The first part was announced on 11 August 2019 with the new stage play “Jinginaki Tatakai – Onnatachi no Shito Hen”. The play is based on the Japanese yakuza classic Jinginaki Tatakai (Battles Without Honor and Humanity), which triggered the popular subgenre of the yakuza movies Jitsuroku eiga. The second part “Anmitsu-hime Produce Revue 48” (あんみつ姫プロデュース レヴュー48) is a production of the founder of the “Theater Company Anmitsu Hime”, who founded the Theater Company 35 years ago. The revues in the Hakata-za are said to have been the inspiration for the foundation of the AKB48 Theatre. The plays will be shown in November 2019 at the Hakataza Theatre, Fukuoka. 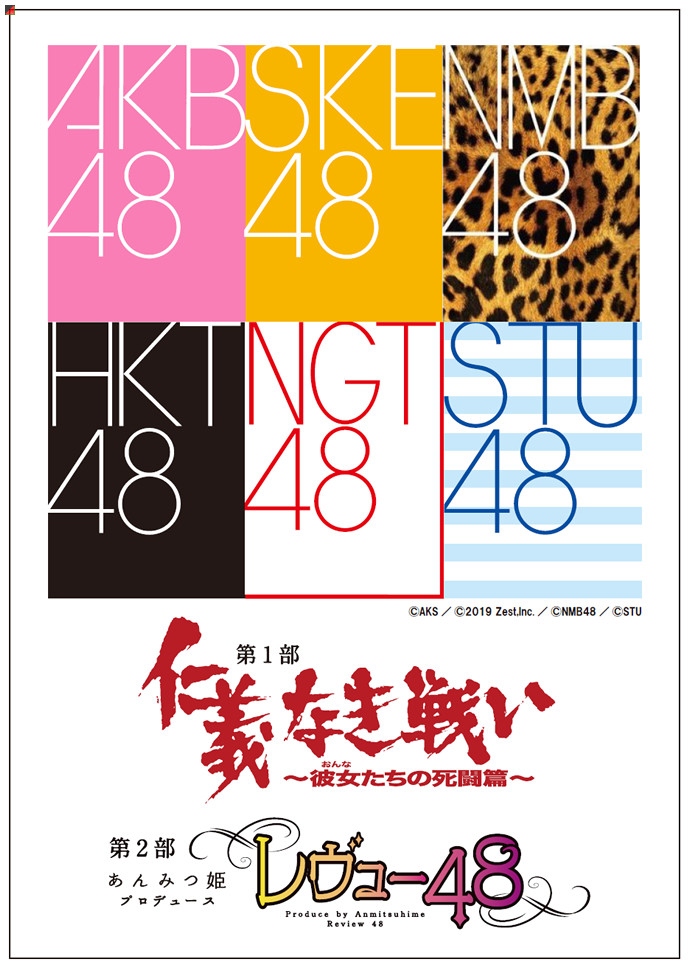