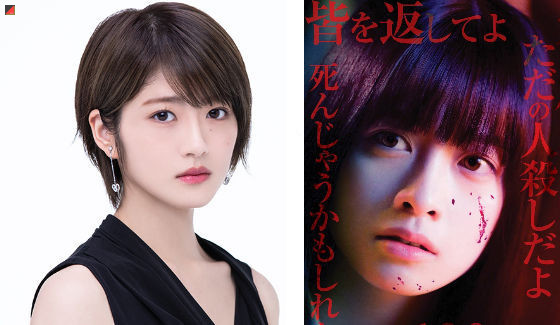 The Japanese horror movie “Signal 100” by Lisa Takeba has announced its cast and published a preview on YouTube. The leading role is played by Hashimoto Kanna (Kashimura Rena) and Wakatsuki Yumi plays her classmate and friend “Koizumi Haruka”. In a supporting role NMB48 members Yamamoto Ayaka will be seen as “Mizutani Shizuku”.

The story follows 36 students who are suddenly hypnotized by their homeroom teacher. There are a total of 100 signals to activate the hypnotic state and force them to commit suicide. The only way to release the death wish is the death of their classmates. Since they are forced to kill each other one by one, their human nature is gradually revealed out of fear of death and it eventually becomes a fierce struggle for survival. What comes first? To free them from hypnosis or to kill all their classmates?