Best of "Nogizaka Under Construction" on Blu-ray 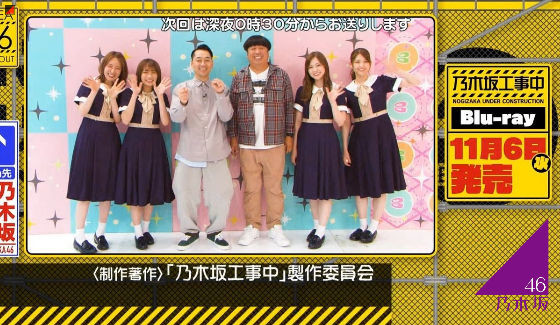 Three years after the third DVD to “Nogizakatte doko?” and the renaming of the show to “Nogizaka Koji Chu” (Nogizaka Under Construction), a selection of episodes are released on Blu-ray. The four Nogizaka46 members Shiraishi Mai, Akimoto Manatsu, Takayama Kazumi and Matsumura Sayuri have put together a selection of their favorite episodes and so four versions with lots of extras are released, The Blu-rays Shiraishi Koji Chu, Matsumura Koji Chu, Akimoto Koji Chu and Takayama Koji Chu will be released on 6 November 2019.