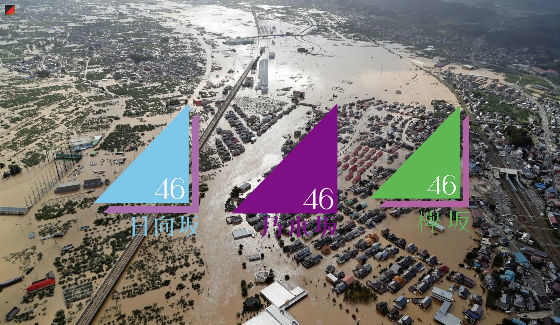 On 12 October 2019, typhoon 19 Hagibis, one of the most powerful typhoons of modern times, hit the Japanese mainland in the Kanto region, leaving behind death and destruction. Official sources estimate up to 90 dead and several hundred people injured, some of them seriously. Thousands of homes have been damaged or even destroyed by the forces of nature. Industry and infrastructure were also affected. The damage is estimated at more than 9 billion euros

Many Japanese artists and musicians have shown helpfulness and called for donations, including the idol groups of the Sakamichi46 series. Nogizaka46, Keyakizaka46 and Hinatazaka46 will collect money for the victims at their upcoming handshake events and hand it over to the Japanese Red Cross.