Ikuta Erika Cover Girl of "Up to Boy" anniversary issue

The Japanese idol magazine “Up to Boy” celebrates its 40th anniversary with the issue “Up to Boy” (Vol. 285, Jan 2020), which will be released on 22 November 2019. The editors agree that Ikuta Erika, with her orthodox personality and beauty and member of the popup idol group Nogizaka46 , represents the goals in the idol world. In addition, “Up to Boy” broke with the very first solo cover with Ikuta Erika in the December 2014 issue with a long tradition of the magazine. Five years later she appears on the cover again, photographed by the same photographer as in 2014. The photo cycle “The Passage of Time” is added to the magazine as a mini photobook. – The career of Imaizuki Yui after her graduation from Keyakizaka46 also impressed the editors and it was therefore decided to give her the back cover. The magazine also includes three A2 posters. 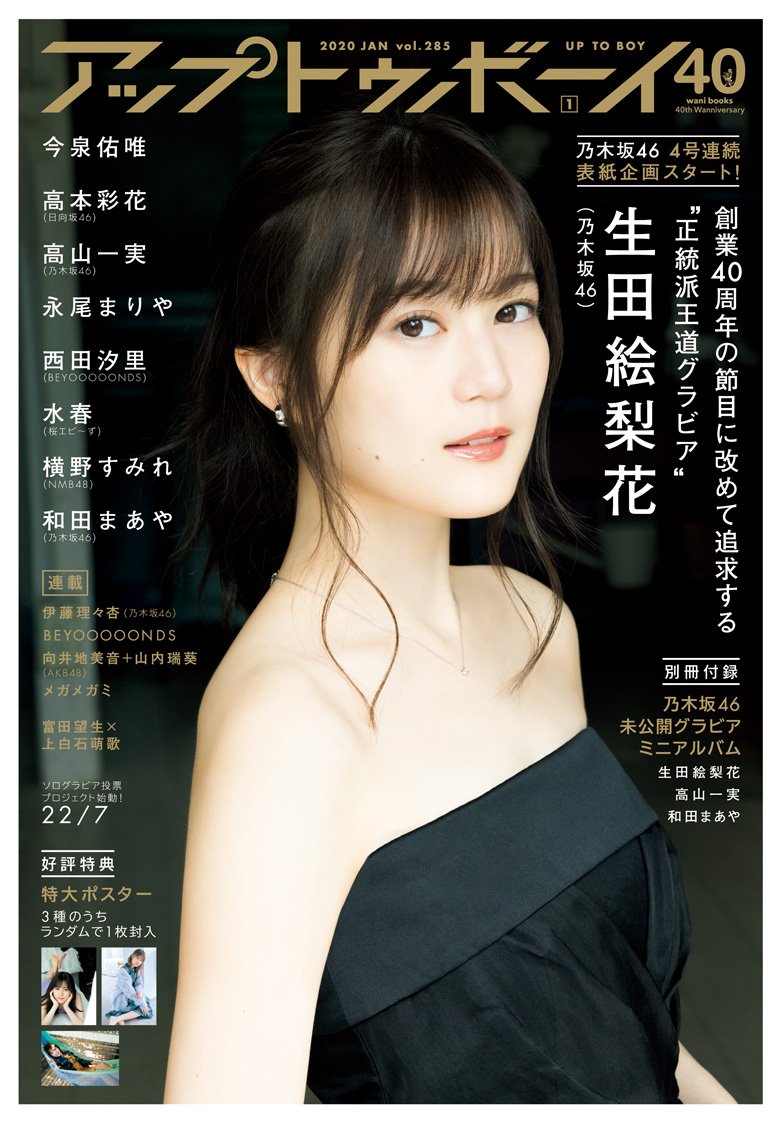 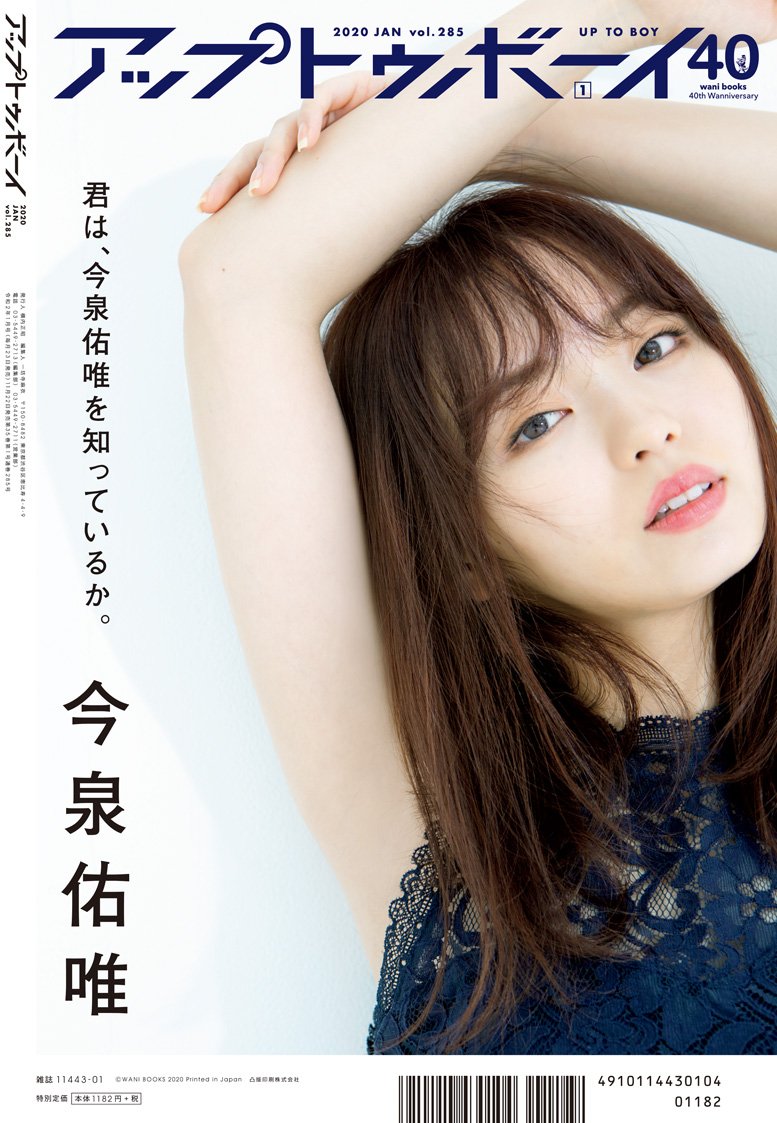