Sit at AKB48 in the future always in the front row, Softbank “LiVR” Virtual Reality makes it possible. AKB48 Group and Softbank start a new VR Streaming service on 3 February 2020. Fans with LiVR VR goggles and a mobile phone will be able to watch the performances through the goggles as if they were sitting in the front row in the theaters. For the launch, the performances from the AKB48 Theater, the SKE48 Theater and the NGT48 Theater will be streamed. The performance for the 14th anniversary of the opening of the AKB48 Theater is available for free testing. AKB48 Group members Homma Hinata, Shiroma Miru, Kashiwagi Yuki, Suda Akari, Tanaka Miku and Takino Yumiko presented the new service at a press conference on 16 January 2020. 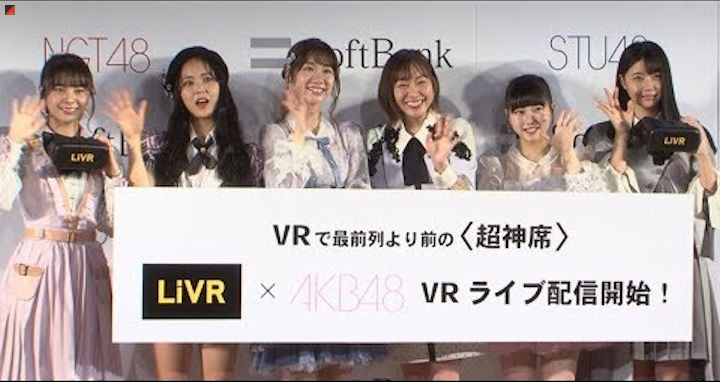