The Japanese idol group Nogizaka46 presented the line-up of their 25th single during their weekly variety show “Nogizaka Under Construction” on 2 February 2020. Center is founding member Shiraishi Mai, who announced her graduation from Nogizaka46 in January. The remaining 11 members of the founding generation were placed in the two front rows. Members from the remaining generations are placed in the 3rd row. The single will be released on 25 March 2020. 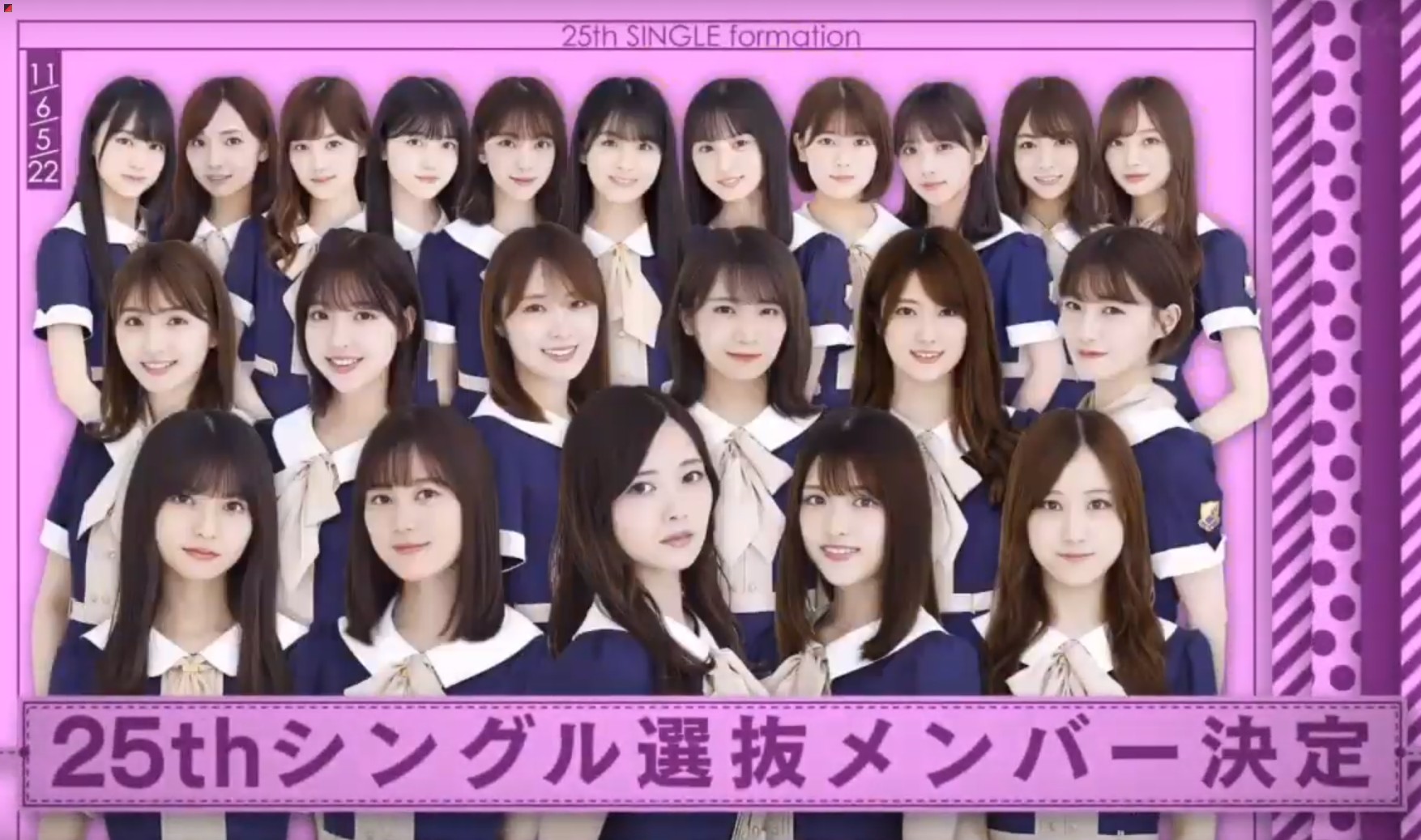