After 43 years of waiting, Japanese director Kawasaki Minoru has tackled a shocking work and is bringing the live-action monster movie “MONSTER SEAFOOD WARS” to Japanese cinemas. A preview of the monster movie was released on YouTube on 16 March 2020. Nogizaka46 member Yoshida Ayano Christie is part of the cast and will play Hoshiyama Nana as a member of the “Seafood Monster Attack Team (SMAT)”, which will plunge the world into culinary chaos in their attempt to protect humanity from the monsters. The movie will be released in Japanese cinemas on 23 May 2020. 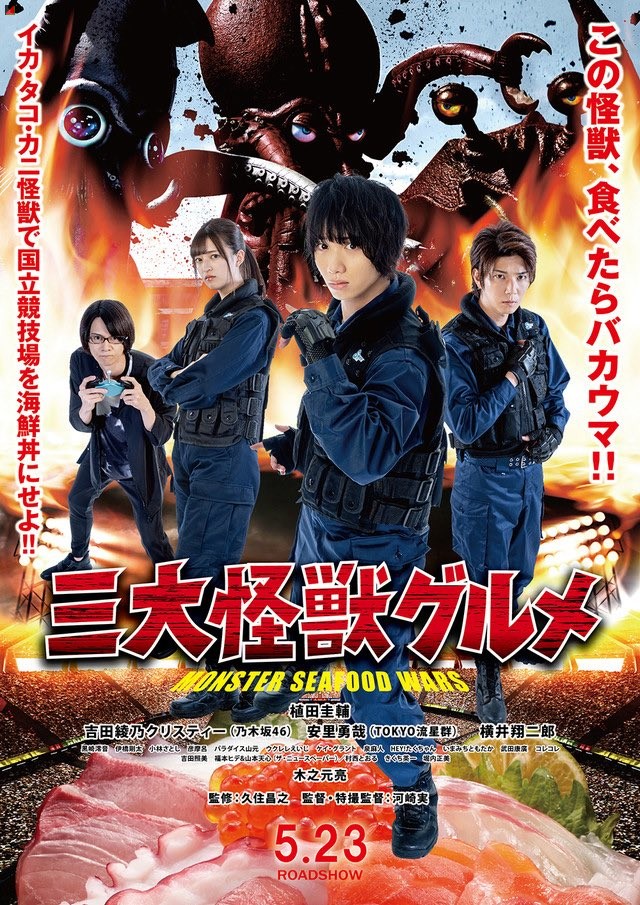