When in April 2020 Japan went into a lookdown because of COVID-19 and the HKT48 Theater had to close like many others. The Japanese idol group HKT48 looked for ways to entertain fans without endangering the members, staff and fans. One of these ways is the “Theater Company No Meets” which won the ACC TOKYO CREATIVITY AWARDS in 2020.  At “Theater Company No Meets”, stage plays are produced without the members meeting for rehearsals and performance. The plays are streamed live on the internet. HKT48 members have produced two plays “Fuhoni Unlock” and “Mizuiro Altair” on their own and will stream them live at the Online Theater “ZA” from 20 to 28 February 2021. Tickets and info at “HKT48, Theater Company starts. #Drama Haji”. 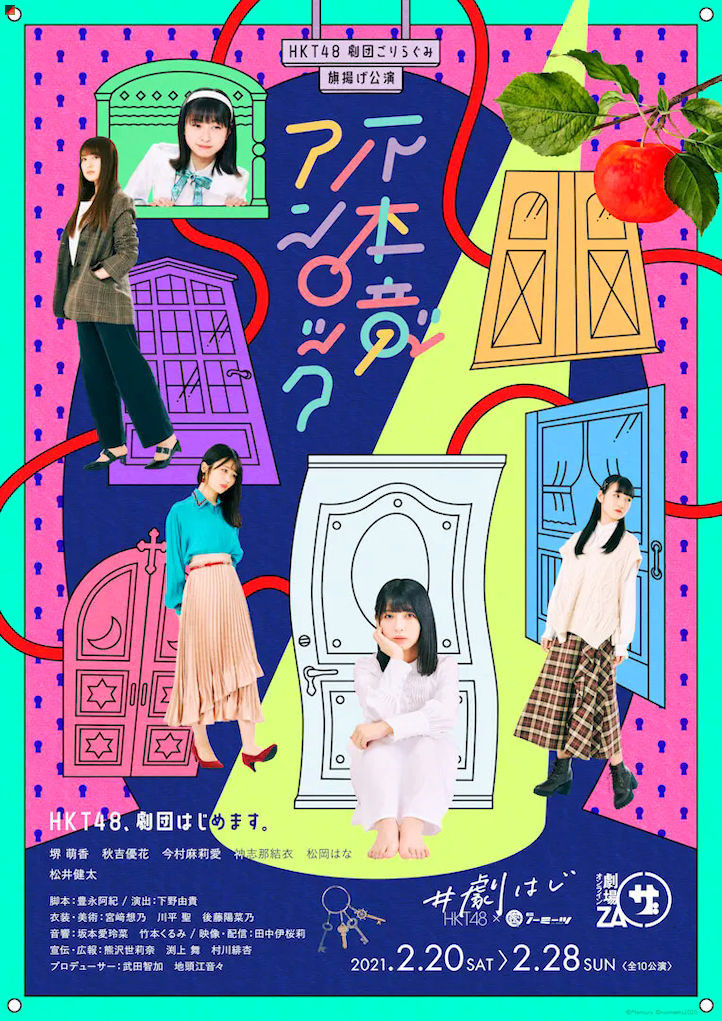 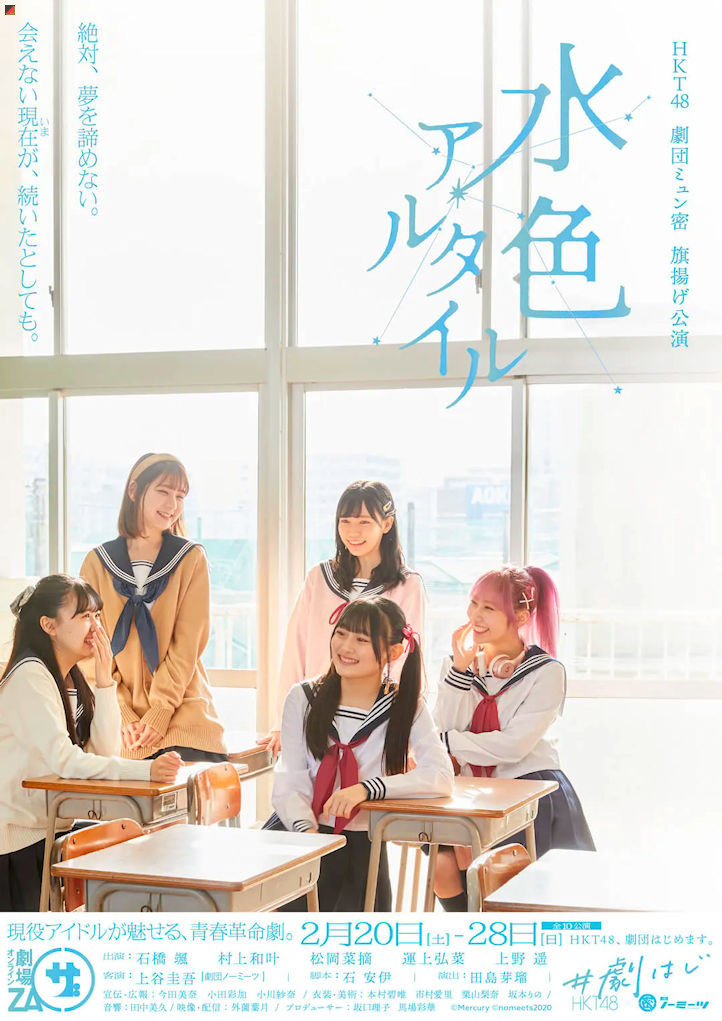