Zokki… Zokki… Zokki… EX-SKE48 member Matsui Rena is part of the 18-member cast of the live-action movie adaptation “ZOKKI” of the manga series “ZOKKI A” and “ZOKKI B” by Ohashi Hiroyuki. Directors Takenaka Naoto, Yamada Takayuki and Saito Takumi selected some of the 30 unrelated short stories from the two manga and combined them into one story. The movie had its world premiere during the 33rd Tokyo International Film Festival. The movie will be released in Aichi Prefecture on 26 March 2021, and Japan-wide on 2 April 2021. A preview has been uploaded to YouTube. The documentary Ura ZOKKI about the filming is scheduled to be released with ZOKKI. 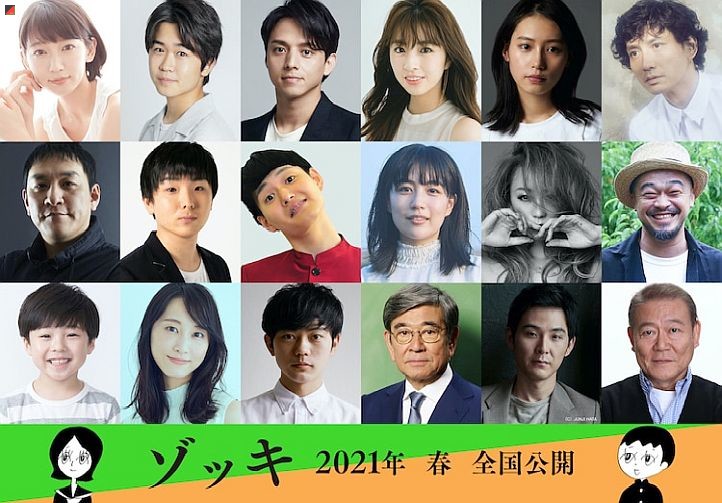