The three Hinatazaka46 members Saito Kyoko, Kosaka Nao and Kato Shiho are the cover girls of the Japanese manga magazine “Weekly Young Jump” (2021 No. 17). With this issue, Japanese mangaka Akasaka Aka, known for the manga series “Kaguya-sama: Love is War,” will once again produce a manga “Gensaku Hinatazaka” together with the idol group. Heroines of the stories, which are written by Kosaka Nao, this time are Watanabe Miho, Kosaka Nao and Kamimura Hinano. Hinatazaka46 members Higashimura Mei and Yamaguchi Haruyo grace the back cover. The magazine will be released with a sticker on 25 March 2021. 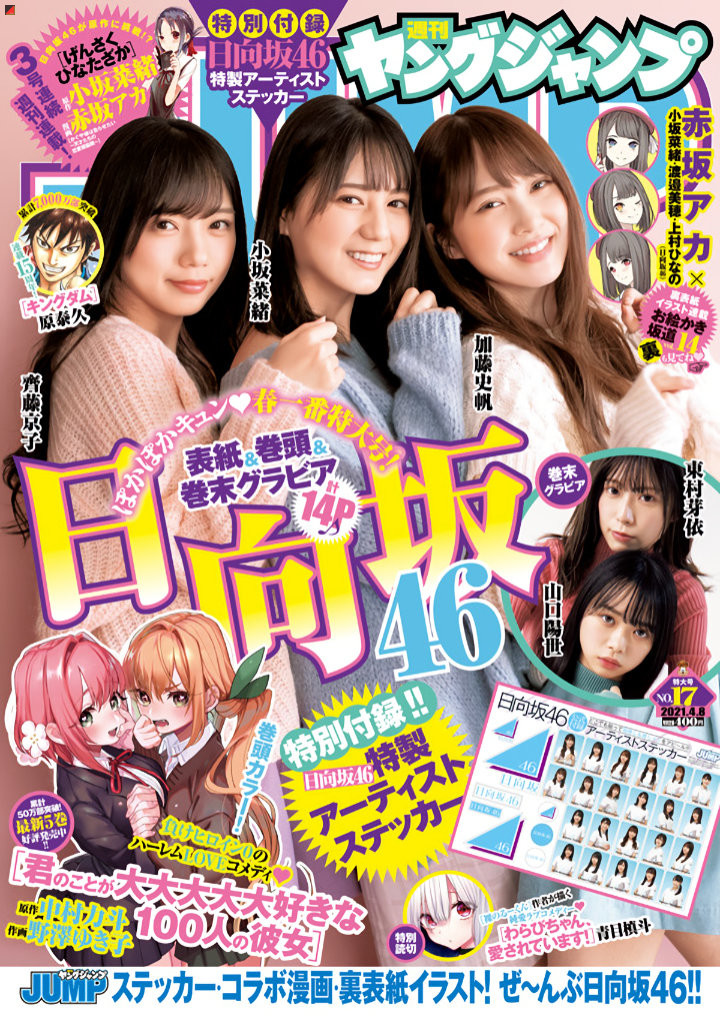 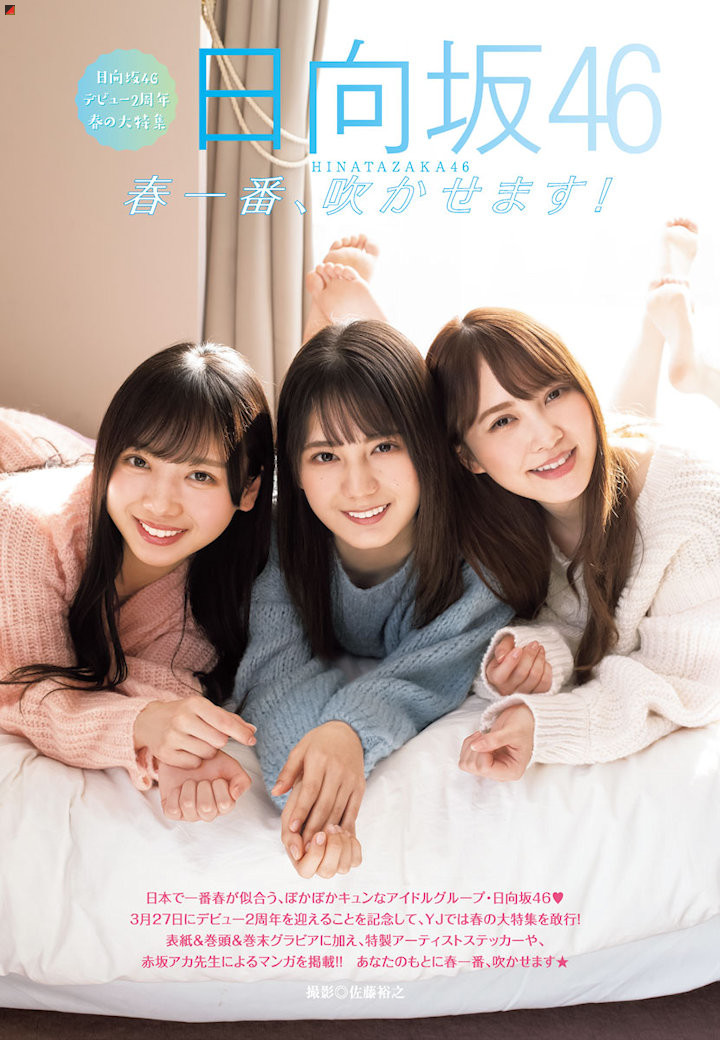 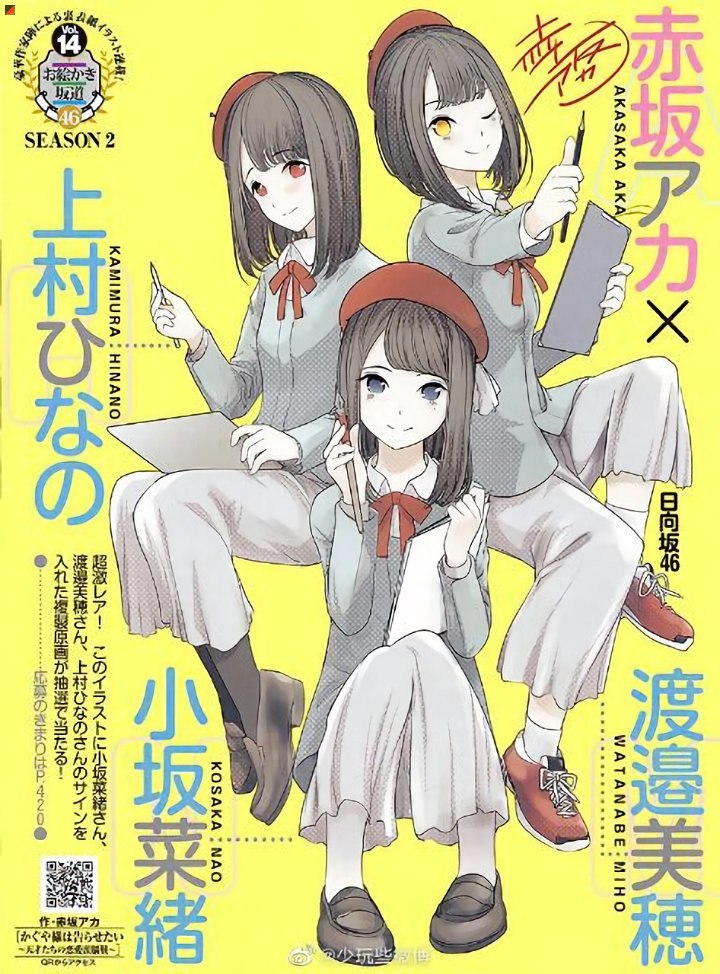 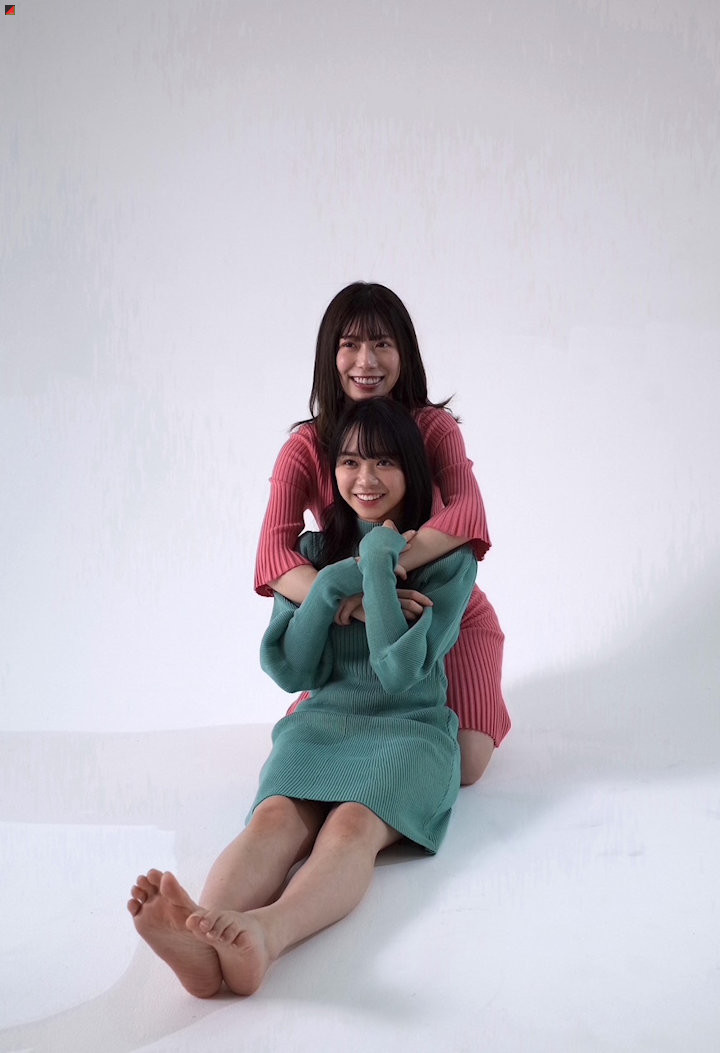