#イコラブ – The members of the Japanese Voice-Actor Idol group =LOVE, Saito Kiara, Sasaki Maika, Takamatsu Hitomi, Otani Emiri and Otoshima Risa, are the cover girls of the 7-net special edition of the Japanese Idol magazine “BOMB!” (January 2022). The magazine takes a look at =LOVE and their upcoming 10th single. The magazine also looks at Nogizaka46’s 10th anniversary and the group’s first best-off album. The magazine will be released with a poster on 9 December 2021. 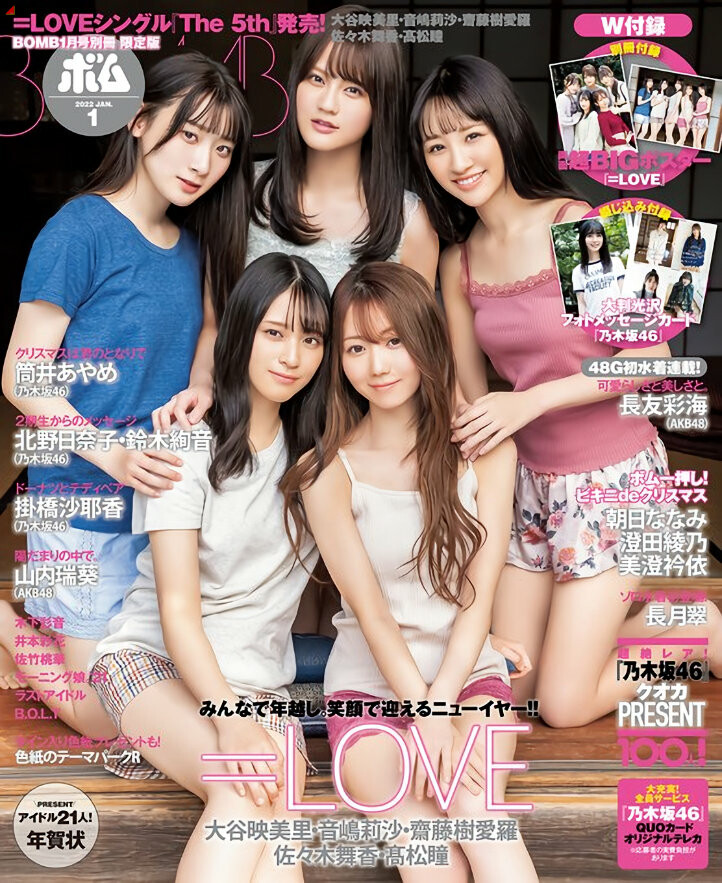 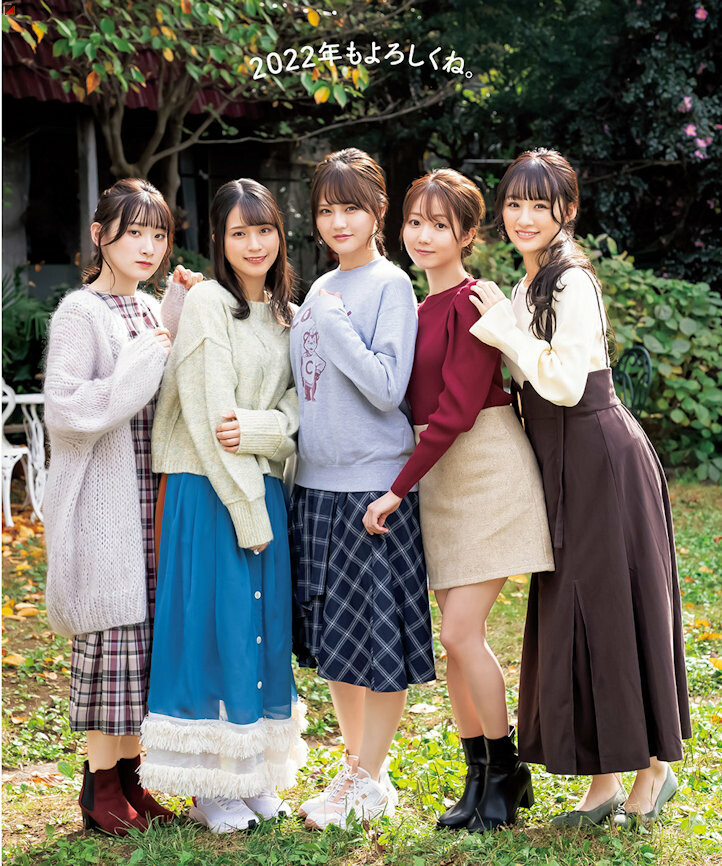 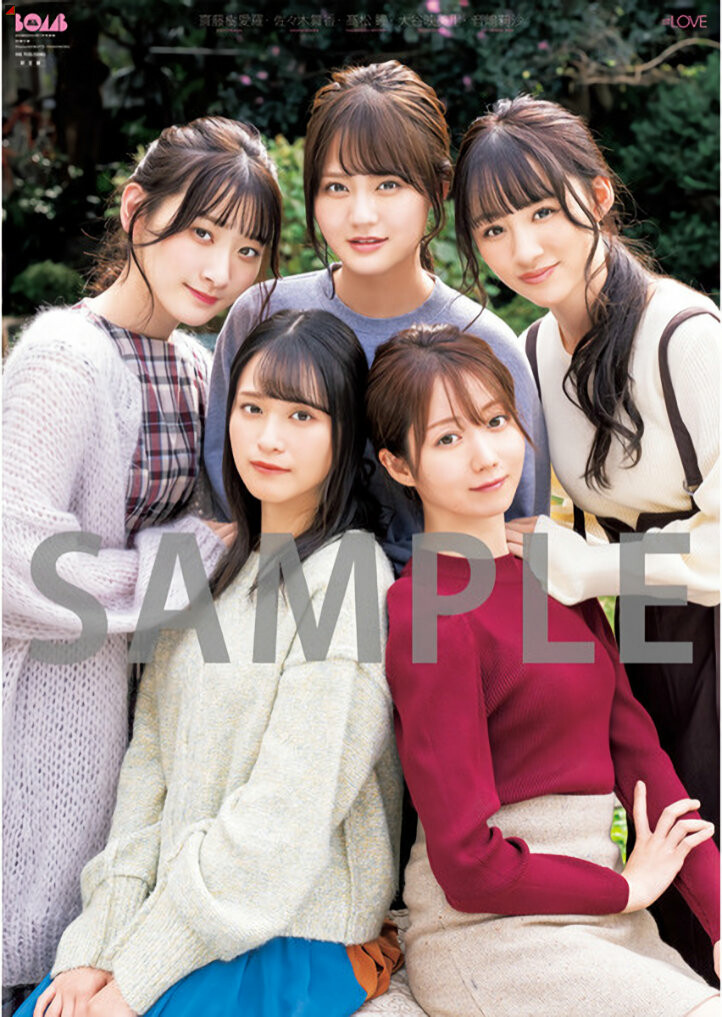