#生田絵梨花 – The Broadway musical “MEAN GIRLS” based on the 2004 movie comedy of the same name is being performed outside the US for the first time. EX-Nogizaka46 member Ikuta Erika stars as Cady Heron, who grows up in Africa and attends school in America for the first time at 16. She quickly discovers that her high school clique is more pretense than reality. For Ikuta Erika, the role is a wish come true. The musical, based on a book by Tina Fey and music by Jeff Richmond, will be performed at Tokyo Tatemono Brillia Hall in January and February 2023. 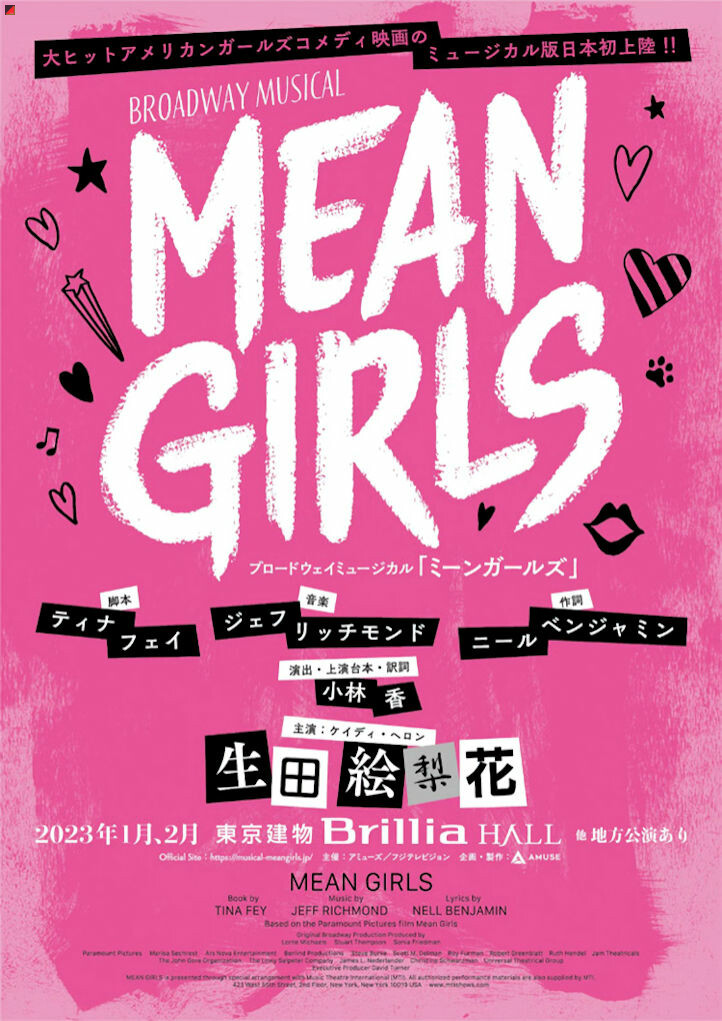