On the occasion of the 10th anniversary of the Japanese idol group NMB48, the Japanese idol magazine “BOMB!” presents founding member Shiroma Miru as cover girl and in the editorial in its August issue NMB48. The back cover is decorated by Nogizaka46 member Kubo Shiori. The issue also deals with the two new single releases of =LOVE and NMB48. The magazine will be published on 9 July 2020. 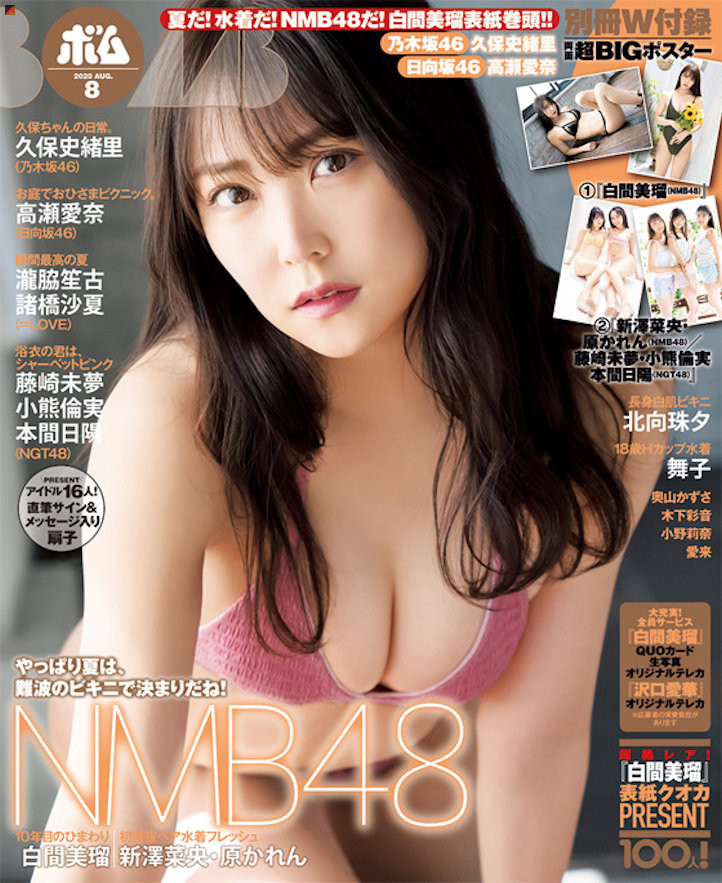