Sakurai Reika in "GHOST – The Musical"

The Japanese TOHO version of “GHOST – The Musical” will be performed anew from March 2021 at Theatre Creation, Tokyo. Many performers from the Japanese premiere production from 2018 will be back, including Urai Kenji (Sam), Sakihi Miyu (Molly) and Mori Kumiko (Oda Mae Brown). The role of Molly will again be double cast in the 2021 version, and EX-Nogizaka46 member Sakurai Reika will replace EX-AKB48 member Akimoto Sayaka in the musical to play “Molly” together with Sakihi Miyu. “GHOST – The Musical” is based on the American fantasy thriller comedy “GHOST” with Patrick Swayze (Sam), Demi Moore (Molly) and Whoopi Goldberg (Oda Mae Brown). 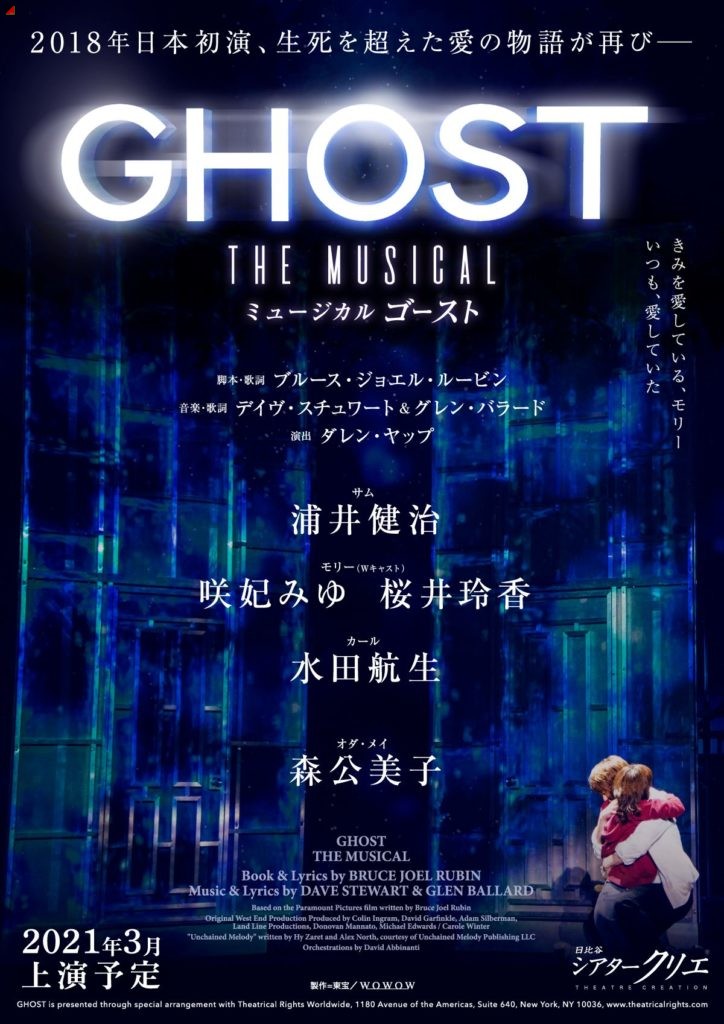