On 11 April 2021, the graduation concert “Jurina Sotsugyou De Nani Ka Ga Okoru No Ka” of SKE48 founding member Matsui Jurina was held. She had announced her graduation from the group in February 2020 and her graduation concert was originally scheduled for September 2020, but the concert had to be postponed due to the outbreak of the COVID-19 pandemic. As the Nippon Gaishi Hall could only be half-filled due to hygiene reasons, two performances were given on the day to allow all 7,000 fans to attend the concert. The actual graduation ceremony was held during the evening performance. 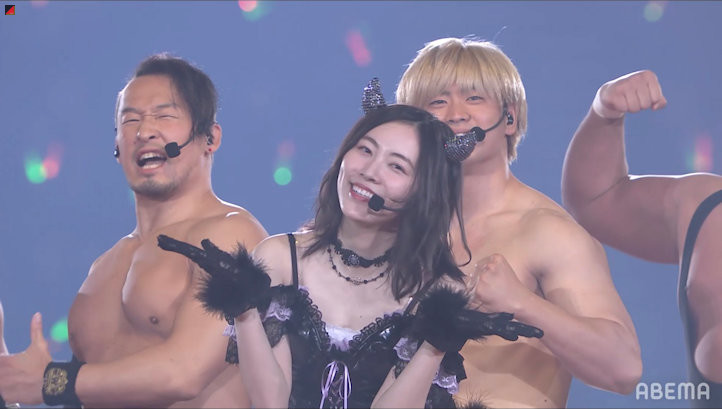 The day was filled with songs from SKE48 and AKB48 Group, which have accompanied Matsui Jurina in her 13 years at SKE48 and therefore half her life. During the first performance, for example, the NMB48 songs Zipper and Warukii were presented by Matsui Jurina. As guests the NOAH ambassador and wrestling fan had invited the well-known wrestlers of the NOAH league YO-HEY, Marufuji Naomichi, Kaito Kiyomiya and Inamura Yoshiki. 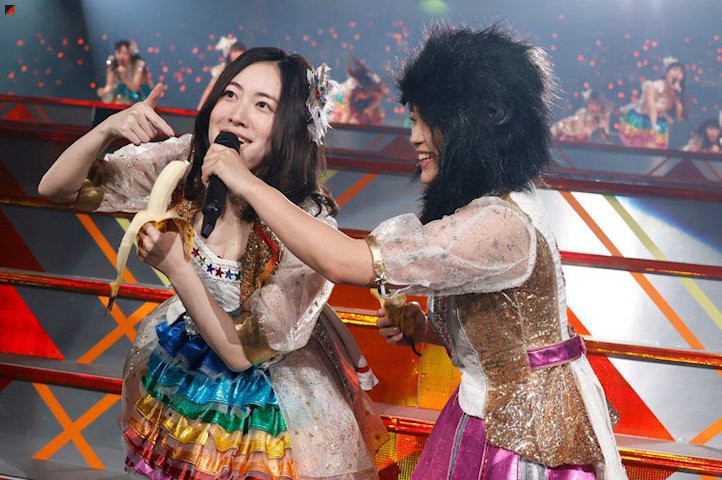 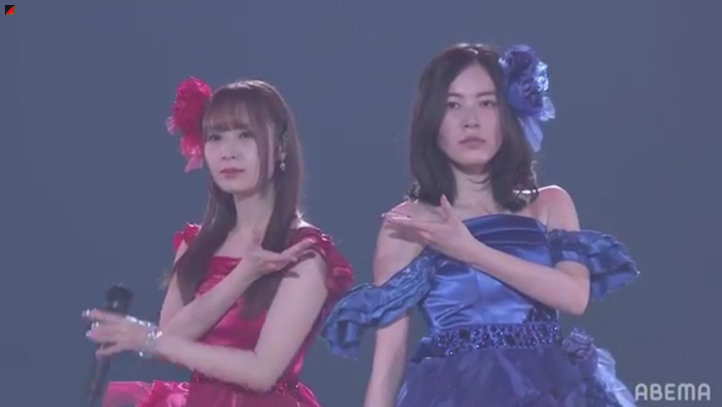 The evening performance started lively with the song “Uhho uhoho” and a rampaging Yamauchi Suzuran as a gorilla. To “TWO ROSES,” SKE48 member Takayanagi Akana, who had given her graduation concert from SKE48 the day before, appeared for a duet with Matsui Jurina. For “Idol wa unaynay no ken,” seven cute kittens from the NyaKB sub-unit stormed the stage. Popular unit songs followed, and when a moderation for a costume change was inserted after “Parting Shot,” it seemed Matsui Jurina had missed a hairstylist appointment. She had her hair cut 10cm shorter. She then presented the song “Cutie Honey” by Koda Kumi, with which she had auditioned for SKE48 13 years ago. 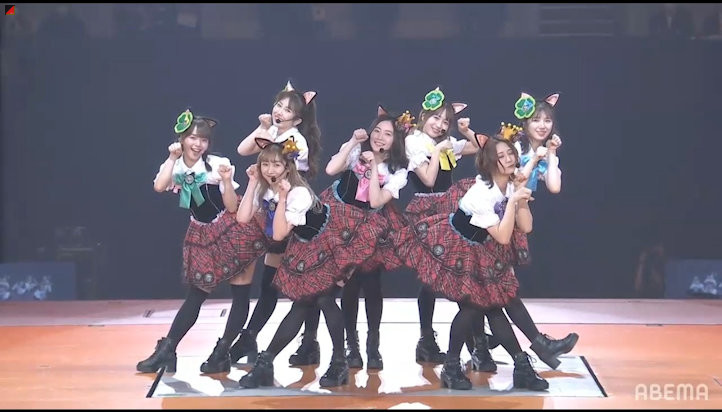 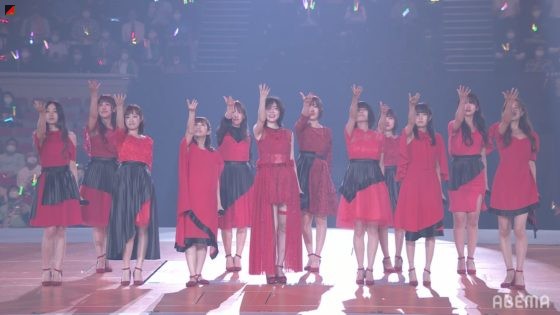 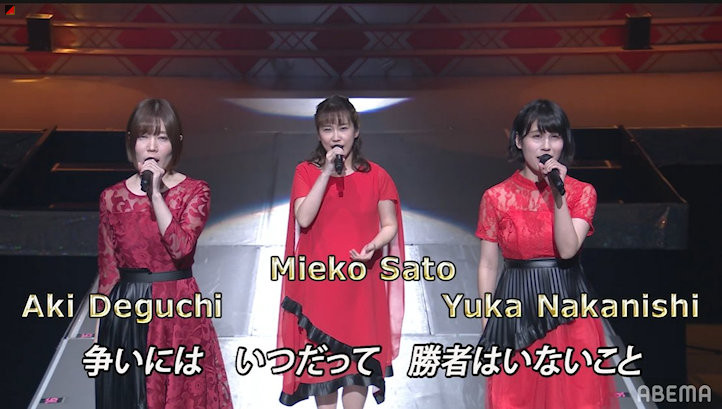 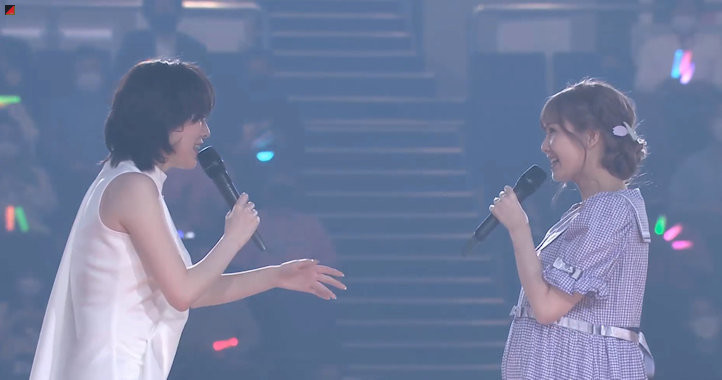 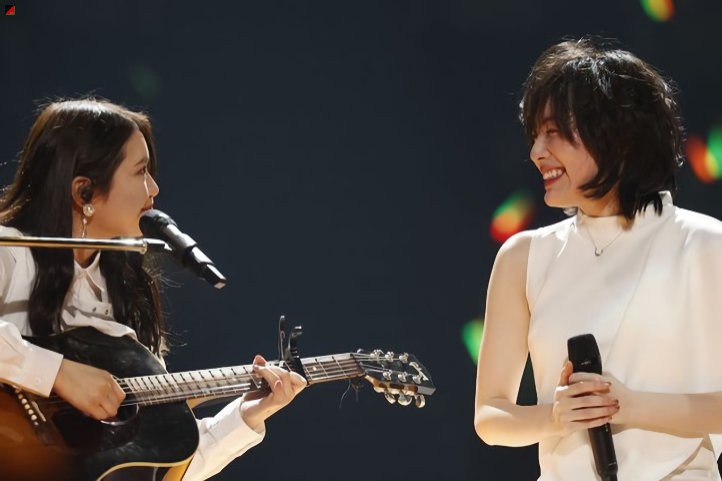 The block of collaborations with younger generations ended with “Oogoe Diamond”, the song with which Matsui Jurina made her debut on AKB48 singles and also her first AKB48 center position. During the following moderation, the second heavily pregnant woman of the evening, Sato Sumire appeared and video messages from all AKB48 overseas groups as well as active and former companions were shown. The main part of the concert ended with the title song “Koi Ochi Flag” of the current 27th single of SKE48. 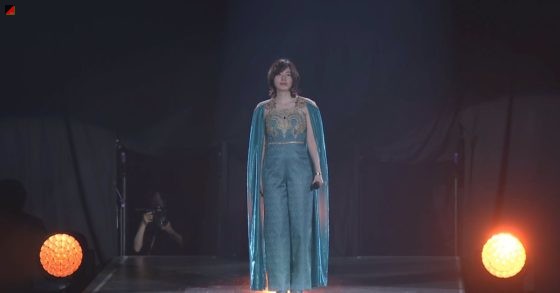 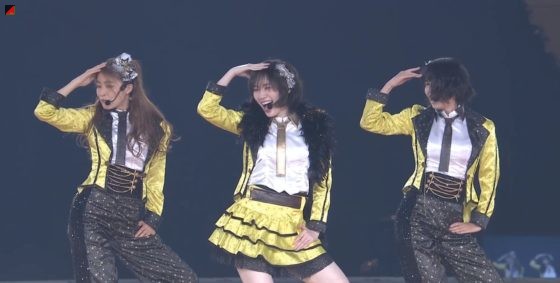 The graduation ceremony was started by Matsui Jurina with a solo of “Kamigami no Ryouiki”, the song with which SKE48 had started their first Nagoya Dome concert in 2014. Still deeply moved, “Glory Days” was performed by the original lineup. Afterwards, Matsui Jurina presented her graduation song “Memories – Itsunohika Aeru Made” to then say goodbye to friends and fans with “Daisuki” (I love you) and “Boku wa shitteiru”. In the speech that followed, she shared an as yet unpublished episode from the rehearsals the day before the 10th AKB48 Group Senbatsu Sousenkyo at Nagoya Dome. She told that she was deeply disappointed at that time that there was not a single SKE48 song on the set list on that important day at SKE48’s home dome. 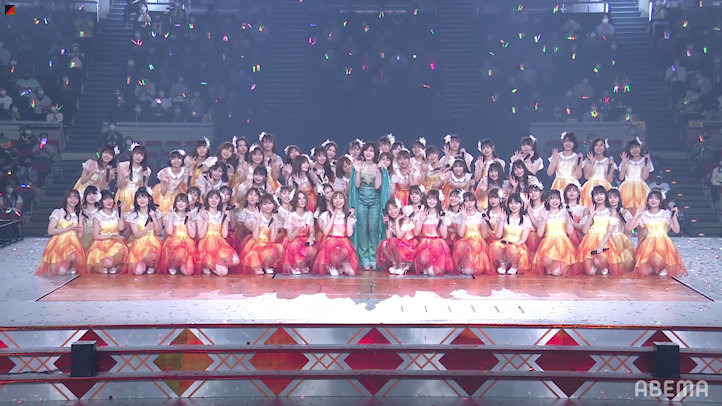 The last song, “Orange no Bus,” in which Matsui Jurina contributed the lyrics, was a gift from her to SKE48 and the fans. While the SKE48 members sang their new song, the hall was colored orange by the light sticks of the members and fans, and Matsui Jurina left the hall through a formation of SKE48 members. 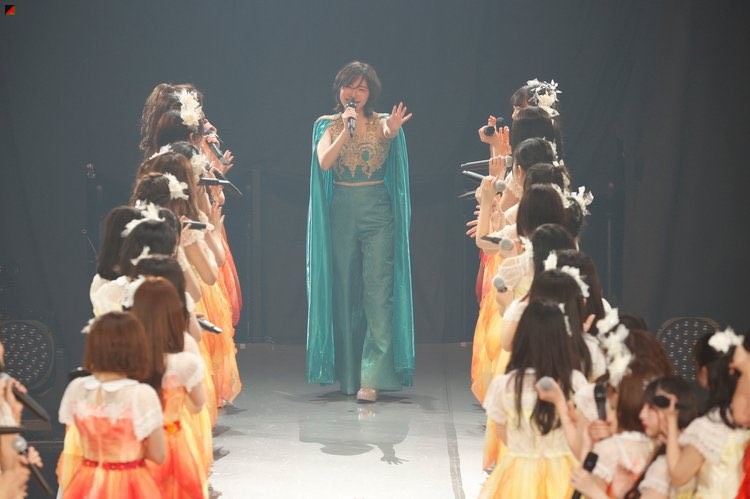 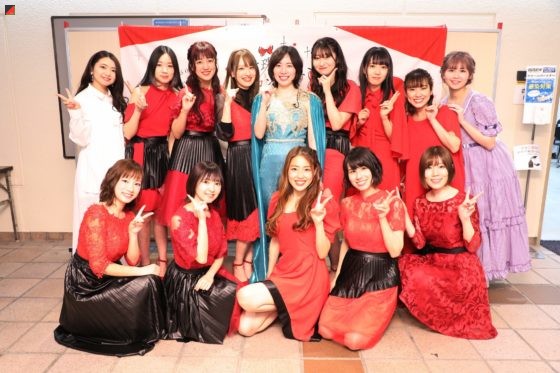