#STU48 – Japanese idol group STU48 has announced their eighth single. The formation of the title song includes an unusual triangle center consisting of the three members Ishida Chiho, Takino Yumiko and Nakamura Mai. That is, the three members will alternate on the center position depending on the performance or event. The single will be released on 13 April 2022. 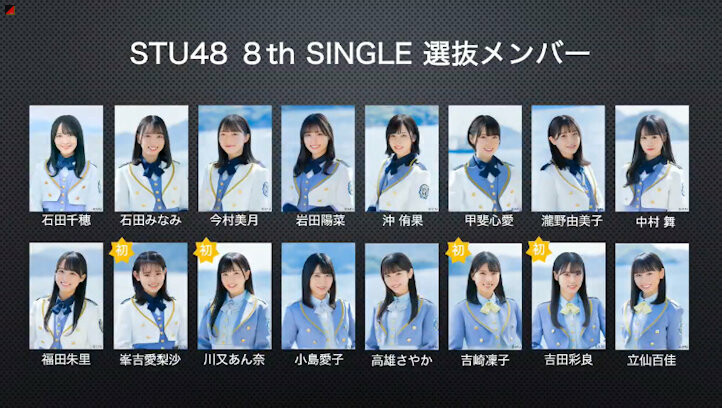